How Did We Go This Far? 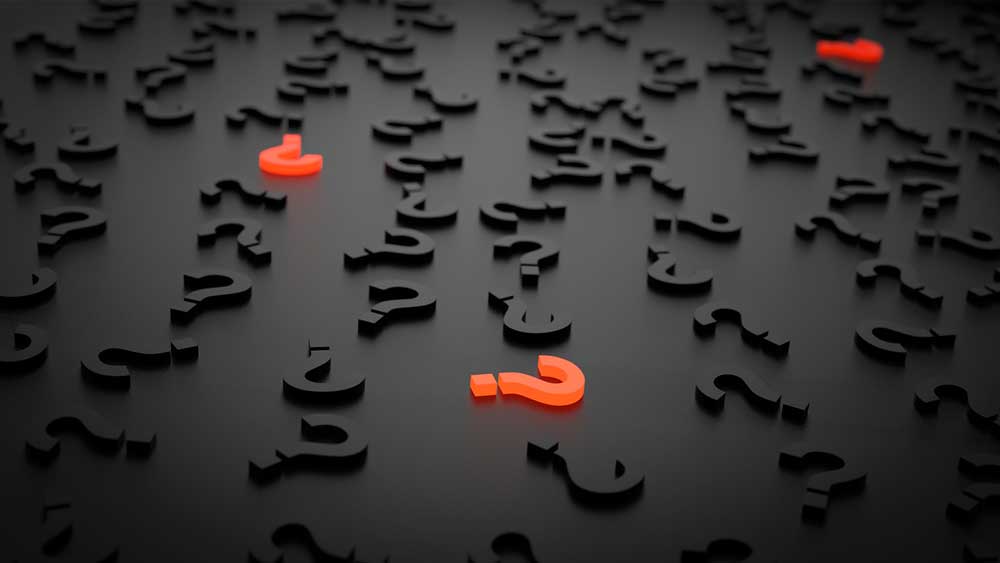 Not So Big and Invincible World

Growing up in the 70’s, before the internet, the world seemed to be incomprehensibly enormous. Furthermore, into my young adulthood it seemed as though the world was invincible to our impact. This idea of thinking the world is indestructable is unfortunately a common idea.

With the advent of the internet, in the 90’s, I was able to learn and experience the world in awesome and unprecedented ways. Now in my 40’s and influenced heavily by travel, experience, and education the world has become progressively smaller over the last decade. And, I now understand how unfortunately vulnerable the world is to our impact on it.

When I was wasteful and indiscriminately eating animals I was ignorant to what I was doing to my body, animals, our world, and eventually my son’s future. When I finally became conscientious about my diet I realized I needed to change.

For decades I was acting on the sensation of my diet and activities, like a kid, “if it taste good I want it!” I was not behaving on the premise of knowledge and logic, “If I eat this it will harm my body over time and the world!” It’s as if there is an enormous chasm like knowledge lag between what I am doing and the effect. After all, we don’t become obese right away or get sick right away. Then as we do we see others this way and it starts seeming normal.

If we get curious it takes time to research these things. And really, we are the experiment. It can take decades to realize the true effects of what we consume. Then that has to pervade through the media and reverse the mindset of our culture. The media and business as usual/tradition/culture/society fostered and developed us into being ignorant about what we consume as we deepen our footprint on this planet.

When we discover something we enjoy, like tobacco, and mix that in with capitalism corporations find ways to produce and market it as efficiently and powerful as they can. We do this with everything possible; like religion, food, pharmaceuticals, transportation, cell phones, etc…  The excitement and availability becomes widespread long before we understand the reality of it.

Our collective understanding of the world has evolved over hundreds of millions of years. But really only within the last couple of centuries have we been able to really, scientifically, and collectively take advantage of our potential. Meanwhile the general population is caught in this lag of knowledge.

All of these consumable accomplishments are driven by capitalism and tainted consumer demand. Afterall we learned to like what we eat as all tastes are acquired accept human breast milk. We have no predisposition of taste toward meat, eggs, and dairy. This behavior is learned from a very, insidiously young age. And we learn to like what we eat from our families before we know anything about the reality of it’s effect on us and our world.

It may take decades, centuries, or even millennia before we, collectively, do anything about the negative effects of something we adapt into our culture. Maybe it’s like the stages of loss where we collectively go through denial, bargaining, anger, and depression before we ever reach acceptance. Whatever the case, capitalism absolutely is the only winner of our knowledge lag and tainted consumer demand. So families are sold what they consume before either party knows the effect of what they’re being sold. Since it’s been acquired over generations it’s become habit, what’s normal, business as usual.

Each of us play a major role in these experiments and they effect us all. But, the toll doesn’t stop with humans, the entire world and all species of life are effected as well.

A small percent of humans reap magnificent rewards through this process. They are the driving force that propels these industries. The system enables capitalist to lobby for the perpetuation of their gain. The most disturbing part is, this continues long after we know it’s effects on humans and our environment.

Meanwhile, science is proving over and over again that what we’re being sold and feed is killing us. Only, it’s amist reports of the contrary from unreliable sources but nonetheless sources. This confusion works in favor of the corporations as people keep buying these toxic, animal products.

Meanwhile, knowing this we (my wife and I, vegans since 2010) nonetheless have to deal with a government that taxes us to subsidize the animal agricultural industry. And then they force us to pay for insurance that is outrageously priced to cover “treating” (pharmacuetically and surgically) instead of “curing” 75 percent of patients behavioral diseases from these animal products.

Consider the tobacco industry for example, another behavioral disease from what people consume. The US was practically founded on tobacco. At the time, this was such a precious commodity, so much so that governments inacted severe punishments, including execution, to those taking tobacco seeds outside of their country.

For centuries we admired smoking. It seemed like everyone smoked, families smoked, even doctors in hospitals! Tobacco ads were targeted toward children, smoking was part of the script in most movies, peer pressure was hot on smoking. The smoking industry controlled studies and the media worked hard  (perhaps in denial? as well as corporate funding I’m sure) to debunk anything negative about it. It wasn’t until the knowledge lag gap was finally closed through multiple lawsuits and tons of scientific evidence (over 7,000 showing the deadly effects) that a surgeons general warning came out and eventually it became taboo and banned in virtually all public situations. But, the fight against tobacco took many decades.

Despite how bad many may have felt about smoking, the weapons of influence employed by the industry made it so attractive and addicting. They extended their influence through every source possible: making it addictive both physically and mentally.

How could it be that an industry so vast, like the food and drug industries, could be so heartless that they would continue to deceive and push their products into market when they’re destroying and killing millions? This could only be because our system is gravely broken and corrupt.

Becoming vegan threatens the food industry. The food industry is one of the largest industries in the world. In a system that is so insidiously broken and corrupt, our entire world has become victim to our own consumption without thinking. The knowledge lag is perpetuated and enforced by the media which is driven by big industry. As a result, the overwhelming majority of people on this planet eat without really thinking or even knowing what they’re eating and/or it’s effects on them, the planet, other sentient creatures, and even the future of all species.

Nobody Likes to Lose

To make matters worse, people do not like to be wrong or lose anything. And, eating is such a rewarding, daily activity. It’s understandably hard for people to imagine going without something that has developed to be so sensational and normal. We’ve developed the taste for our diet. We psychologically crave whatever we feed our brains and bodies to survive. We learn to gravitate toward that, not away from it despite what it is because we think it’s enabling us to survive or has some sort of benefit. We trained our bodies that this is what we eat. We condition ourselves with every bite. Changing that would be a loss of what you’re used to. Change and loss are hard to deal with.

It seems so much easier to go with the flow. Especially in the hustle and bustle of life. Losing what you may have grown up eating, grilling out the same way you and your family are accustomed to, eating whatever is available at parties, eating what others want, eating exactly what’s on the menu, eating what your significant other or parents cook,Â that’s all a lot to lose! Â Then to further compound this epidemic issue, we are constantly bombarded with ads, myths, the illusion of convenience through industrialized availability, and social pressures.

The advent of the internet enabled us to spread knowledge and narrow the gap of knowledge lag. There are a lot of amazing documentaries out there as well. Only, we’ve already dug so deep, killed so many, and destroyed so much. We do not have anymore time to waste as we continue to lose loved ones, hurt ourselves, keep harming animals, and destroy our precious planet. Collectively we need to wake up and turn this boat around.

Right now in 2017 we have unprecedented information and the easiest tools! Be sure to check out what we eat!

Come Back to Earth!

You eat to give your body energy and nutrition. It doesn’t have to be overstimulating. You only need the sun, water, and what comes from the ground. You will physiologically adapt fast to appreciating the basic taste of a healthy diet. You will feel great knowing this is all you needed to fuel yourself. Then you will be energized to use your body to enjoy life more powerfully.

Remember, it’s about what is nutritious, not what “used to be” delicious.Â An whole foods, plant based, grains, greens, fruits, and beans! It’s easy, nothing taste better than healthy! 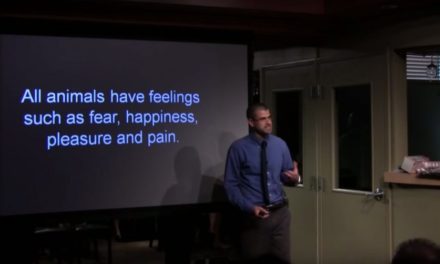 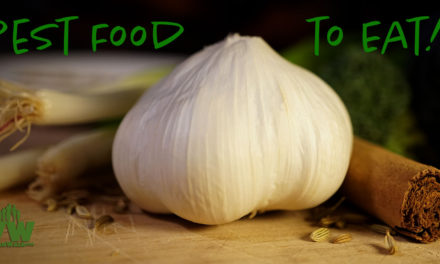 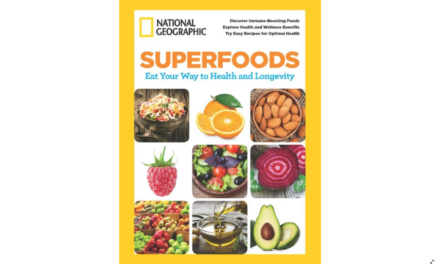 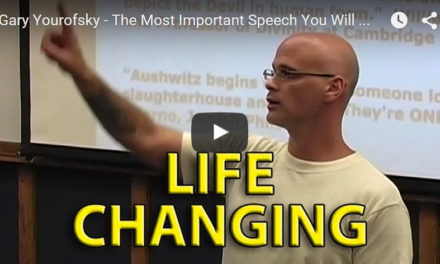 Gary Yourofsky: “The Most Important Speech You Will Ever Hear”

The Plant Based Diet Booklet

A Great Plant Based Cookbook!